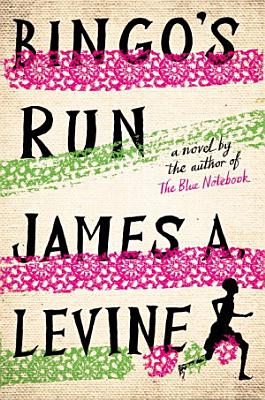 For fans of Dave Eggers, Teju Cole, and James McBride, comes this extraordinary novel of morality and the redemptive powers of art that offers a glimpse into an African underworld rarely described in fiction. Meet Bingo, the greatest drug runner in the slums of Kibera, Nairobi, and maybe the world. A teenage grifter, often mistaken for a younger boy, he faithfully serves Wolf, the drug lord of Kibera. Bingo spends his days throwing rocks at Krazi Hari, the prophet of Kibera’s garbage mound, “lipping” safari tourists of their cash, and hanging out with his best friend, Slo-George, a taciturn fellow whose girth is a mystery to Bingo in a place where there is never enough food. Bingo earns his keep by running “white” to a host of clients, including Thomas Hunsa, a reclusive artist whose paintings, rooted in African tradition, move him. But when Bingo witnesses a drug-related murder and Wolf sends him to an orphanage for “protection,” Bingo’s life changes and he learns that life itself is the “run.” A modern trickster tale that draws on African folklore, Bingo’s Run is a wildly original, often very funny, and always moving story of a boy alone in a corrupt and dangerous world who must depend on his wits and inner resources to survive. ONE OF LIBRARY JOURNAL’S OUTSTANDING NEW VOICES TO CONSIDER “Bingo’s voice guides us; by turns he is aggressive, confident, smart, cynical, but also naive. Bingo tosses his observations at us with great urgency, almost percussively, in a staccato manner that recalls gunshots. And though he’s blunt, he’s also a sensitive observer. . . . Levine is creating a sense of an entire world, raffish and fast. . . . The larger story Levine is telling . . . is the story of a person’s mind, and of the good, bad, and indifferent forces that make him what he is—and that story is told with compassion and intelligence.”—The Boston Globe “James A. Levine is a deeply gifted writer who reaches into the dirt, sweat, and diesel of modern-day Nairobi and introduces us to a young innocent whose adventures are unforgettable. Bingo’s runs between joy and death, laughter and sorrow, survival and redemption, will make you feel like cheering.”—James McBride, author of The Good Lord Bird and The Color of Water “Bingo’s Run is one of those rare books that infuse a potentially difficult subject with intimacy, tenderness, and humor. Social commentary, gritty comedy, and pure cinematic adrenaline meet in an utterly compelling novel with a voice all its own.”—Tash Aw, author of Five Star Billionaire “Bingo’s Run manages to read like timely news and high adventure at the same time. Levine’s main character, Bingo, is an underage drug runner, hardened orphan, and hustler extraordinaire. He’s also funny and wise well beyond his years. The rousing story of Bingo’s evolution is matched only by Levine’s portrait of modern-day Nairobi, both child and city depicted with real flair and affection.”—Victor LaValle, author of The Devil in Silver “Bingo is a fascinating and inimitably likable character. Levine, a Mayo clinic professor of medicine and well-known child advocate, excels at telling his adventurous, comic, and realistically gritty story with humor but not with pathos, successfully addressing the harsh and sometimes tragic story of a child at risk.”—Library Journal

Authors: James A. Levine
Categories: Fiction
For fans of Dave Eggers, Teju Cole, and James McBride, comes this extraordinary novel of morality and the redemptive powers of art that offers a glimpse into an

Love Warps the Mind a Little: A Novel

Authors: Matthew Vaz
Categories: History
"Strictly and widely illegal, the most common manifestations of urban gambling were once "the numbers game" and "policy," in which people would place daily bets

Authors: Ephraim Romesberg
Categories: Biography & Autobiography
Book Summary of Run It Might Be Somebody By Ephraim Romesberg The book covers a span of over 70 years starting with the author as a shy sickly boy who was the l

Gambling on Indian Reservations and Lands

Authors: Autum Augusta
Categories: Juvenile Nonfiction
This is a story of a lovable dog that was dognapped three times. Bingo went from near death to living like a king. This is Bingo's story through his eyes.