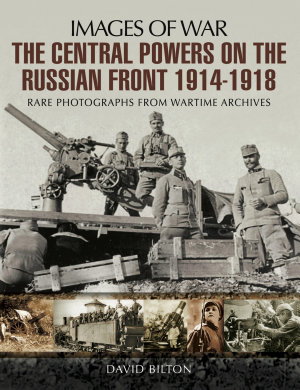 Arranged in five sections, one for each year of the War, this superbly illustrated book covers the fluid fighting that took place on the Russian Front from August 1914. The author describes how each year saw dramatic developments, notably actions in Poland, Tannenberg, the Carpathian passes in 1914, the 1915 operations in Galicia and the Baltic and the 1916 Brinsilov offensive. 1917 saw the collapse of the German army leading to the 1918 Treaty of Brest-Litovsk and continued fighting along the Baltic and in the Ukraine. The informative text is complemented by over 200 mainly previously unpublished photographs. The Central Powers on the Russian Front 1914 1918 with its emphasis on the German Army's actions against Russia but covering operations on many fronts makes it especially valuable to those who seek greater insight into the wider conduct of The Great War away from the Western Front.