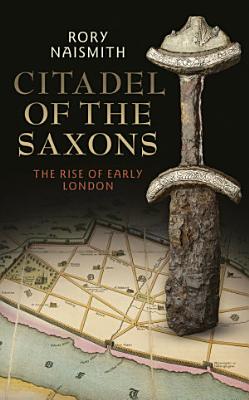 With a past as deep and sinewy as the famous River Thames that twists like an eel around the jutting peninsula of Mudchute and the Isle of Dogs, London is one of the world's greatest and most resilient cities. Born beside the sludge and the silt of the meandering waterway that has always been its lifeblood, it has weathered invasion, flood, abandonment, fire and bombing. The modern story of London is well known. Much has been written about the later history of this megalopolis which, like a seductive dark star, has drawn incomers perpetually into its orbit. Yet, as Rory Naismith reveals – in his zesty evocation of the nascent medieval city – much less has been said about how close it came to earlier obliteration. Following the collapse of Roman civilization in fifth-century Britannia, darkness fell over the former province. Villas crumbled to ruin; vital commodities became scarce; cities decayed; and Londinium, the capital, was all but abandoned. Yet despite its demise as a living city, memories of its greatness endured like the moss and bindweed which now ensnared its toppled columns and pilasters. By the 600s a new settlement, Lundenwic, was established on the banks of the River Thames by enterprising traders who braved the North Sea in their precarious small boats. The history of the city's phoenix-like resurrection, as it was transformed from an empty shell into a court of kings – and favoured setting for church councils from across the land – is still virtually unknown. The author here vividly evokes the forgotten Lundenwic and the later fortress on the Thames – Lundenburgh – of desperate Anglo-Saxon defenders who retreated inside their Roman walls to stand fast against menacing Viking incursions. Recalling the lost cities which laid the foundations of today's great capital, this book tells the stirring story of how dead Londinium was reborn, against the odds, as a bulwark against the Danes and a pivotal English citadel. It recounts how Anglo-Saxon London survived to become the most important town in England – and a vital stronghold in later campaigns against the Normans in 1066. Revealing the remarkable extent to which London was at the centre of things, from the very beginning, this volume at last gives the vibrant early medieval city its due.

Citadel of the Saxons

Authors: Rory Naismith
Categories: History
With a past as deep and sinewy as the famous River Thames that twists like an eel around the jutting peninsula of Mudchute and the Isle of Dogs, London is one o

The Kingdom of the Anglo-Saxons

Authors: Paul Hill
Categories: History
In this compelling military and political history of the Anglo-Saxon kingdom, Paul Hill explores England’s birth amidst the devastation and fury of the Danish

Europe and the Anglo-Saxons

Authors: Francesca Tinti
Categories: History
This publication explores the interactions between the inhabitants of early medieval England and their contemporaries in continental Europe. Starting with a bri

Authors: Máire Ní Mhaonaigh
Categories: History
Battles have long featured prominently in historical consciousness, as moments when the balance of power was seen to have tipped, or when aspects of collective

The Glass Vessels of Anglo-Saxon England

Authors: Rose Broadley
Categories: History
This volume combines a comprehensive exploration of all vessel glass from middle and late Anglo-Saxon England and a review of the early glass with detailed inte

A New System of Geography

A New System of Geography: Part of Germany, viz. Bohemia, Moravia, Lusatia, Austria, Burgundy, Westphalia, and the circle of the Rhine

Transactions of the Worcestershire Naturalists' Club