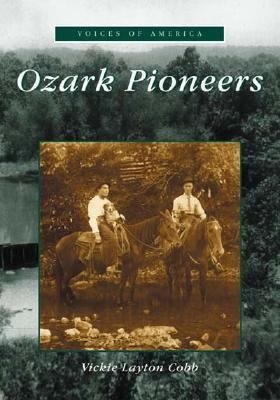 In the early 1800s, rugged and self-sufficient pioneers left their native homelands to tame the wild Ozark territory. These early settlers left their mark on history, as they settled Taney County, and became Missouri's first families.With family stories and photographs passed down from generation to generation, Ozark Pioneers shares the experiences of the first residents of the area. Family names such as Allen, Coggburn, Smith, Whorton, Layton, Bollinger, Brittain, and Rittenhouse appear throughout the history of Taney County, demonstrating the roots and growth of the wild Ozark territory. From the bloody days of battle in the Civil War, to the continuous fight against the outlaws in the Bald Knobber era, these pages detail the courage, hardships, and strength of theses founding families in an untamed land.