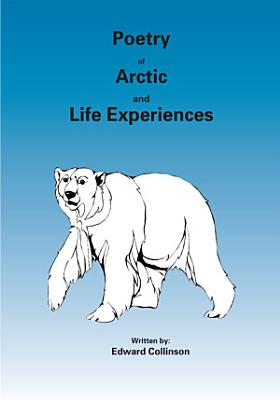 As a child, I could not understand why the children got punished because their parents were going through hard times. It was the child that got the blame for the wrongs of the adult. The child was put into homes that needed workers to help on the farms and they were placed their by the Children's Aid. The family was split up so there was no one to play with and in the end the games were played in the ones own mind. My poem, "I Walk Alone" reflects on my pains as a child experiencing difficult times in foster homes and being separated from my family. When I grew older, to confirm to myself that I had become a man and that I could live on my own, I joined the Canadian Armed Forces. I suppose at the same time, I was looking for friendship. But to tell you the truth, I have never been able to experience a lifetime friendship. I have kept in touch with one army friend, but you could not call it close friends as he did not extend the same willingness to carry on our friendship. This isolation shows up in many of my poems, such as "To Walk in Memories". The abuse caused by the welfare is one of my most heart felt poems as when I retired. The hard time they gave me in trying to get financial assistance for me and my grandchild was a paltry $116/month. This financial difficulty cumulated with the frustration of not been able to work for a living, gave me the anger inside that inspired me to write poetry for this book.I am not a story writer. I did it in poetry because it seems easier for me to express my thoughts in short writings. There are several poems that relate to the challenges I faced with welfare, "Welfare Pay Day" is one such poem. Religion is another hard subject for me as it creates a lot of contradictions both in reading it and listening to someone preaching it."Blame It on My Brother" and "What is Sin?" are two poems that express my thoughts on the ambiguity of religion. In our society we have courts and corruption of courts; they call this law? In "Rule by Elders", I write:"One word in law becomes a book, and in the end the meaning mistook." The drunkenness of judges and lawyers up here was pretty bad. They have tried to clean some of it up but what of the lives they ruined when the were drunk in the court rooms themselves? There is no law when you say to the First Nations that you are under apartheid, which the Indian Act is, but we call it equality. The Indian Act is one law that we cannot have in our society. We cannot have equality when the laws are different for different groups of people. They say it is because of the government. But to my mind, that is even worse as they are the ones that are supposed to make society equal. I have done many years hunting and trapping up here in the Arctic. We had wide open trap lines but you respected the other person's line. If another trapper was on a certain line first, you made your line some place else. Most of us just got enough fur to support our families. It was the white-man that thought himself one step higher and in the end destroyed the life in the bush for both himself and the natives. I have several poems on my life in the bush, for example, "The Hunter".

Poetry of Arctic and Life Experiences

Authors: Edward Collinson
Categories: Poetry
As a child, I could not understand why the children got punished because their parents were going through hard times. It was the child that got the blame for th

Northern Experience and the Myths of Canadian Culture

Authors: Renée Hulan
Categories: Literary Criticism
In Northern Experience and the Myths of Canadian Culture Renée Hulan disputes the notion that the north is a source of distinct collective identity for Canadia

A New Theory for American Poetry

Authors: Angus FLETCHER
Categories: Poetry
Amid gloomy forecasts of the decline of the humanities and the death of poetry, Angus Fletcher, a wise and dedicated literary voice, sounds a note of powerful,

Arctic Researches, and Life Among the Esquimaux

All Our Stories Are Here

Spirituality and Desire in Leonard Cohen’s Songs and Poems

Authors: Peter Billingham
Categories: Music
This volume represents the first ever collection of essays on Leonard Cohen to be published in the UK and one of the very first to be produced internationally.

Encyclopedia of the Arctic

Authors: Martin Willis
Categories: Literary Criticism
This Guide introduces literature and science as a vibrant field of critical study that is increasingly influencing both university curricula and future areas of