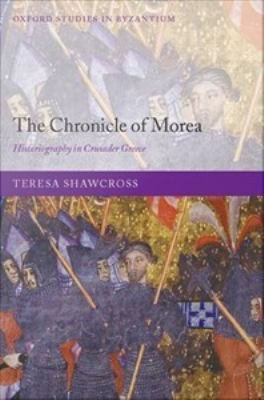 The Chronicle of Morea, one of the most important and controversial historical narratives written in the late Middle Ages, tells the story of the formation and government by the Villehardouin dynasty of a remarkably successful Crusader State following the conquest by western invaders of the capital - Constantinople - and the provinces of the Byzantine Empire. By examining all the Chronicle's surviving Greek, French, Spanish and Italian versions, this study, the first of its kind, explores in depth the literary and ideological contexts in which the work was composed, transmitted and re-written. The result is a fascinating analysis of cultural exchange in a rich and vibrant eastern Mediterranean world where different ethnicities were obliged to live alongside each other, and outside political interests frequently intruded in dramatic fashion. Translations into English have been provided of all the material discussed.

The Chronicle of Morea

Authors: Teresa Shawcross
Categories: History
The Chronicle of Morea, one of the most important and controversial historical narratives written in the late Middle Ages, tells the story of the formation and

The Genealogy of the House and Surname of Setoun ... With the Chronicle of the House of Setoun, Compiled in Metre by J. Kamington, Alias P. Manye, Etc

The Chronicle of Froissart

The Chronicle of Pierre de Langtoft

The Chronicle of Eusebius and Greek Chronographic Tradition

Authors: Alden A. Mosshammer
Categories: History
This volume offers the first treatment in English of the most influential chronicle of late antiquity. While focusing on early Greek chronology, the author prov

The Chronicles of James I